Learn How To Maximize Your Potential

We Are Excited To Welcome Melanie Lawson To Potential Unleashed! 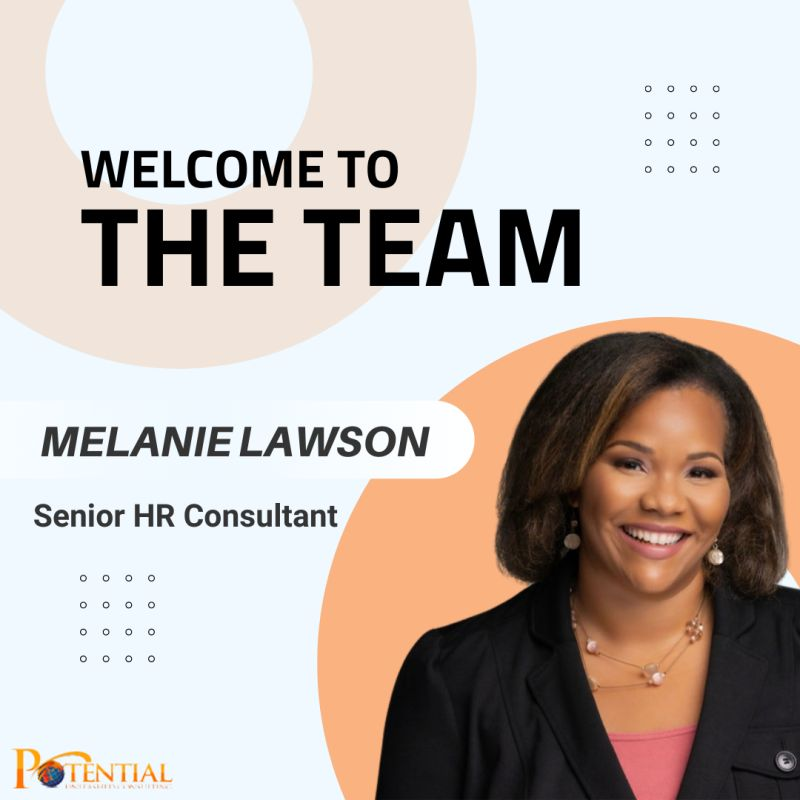 Excited to welcome Melanie Lawson to the team!

Melanie has over 20 years of HR experience in many industries.

A little bit about Melanie:

She is a senior HR consultant here at Potential Unleashed. Learn more about Melanie and our other consultants by clicking here.

Celebrating The Launch Of Our New DEI Mobile App: DiverseCity 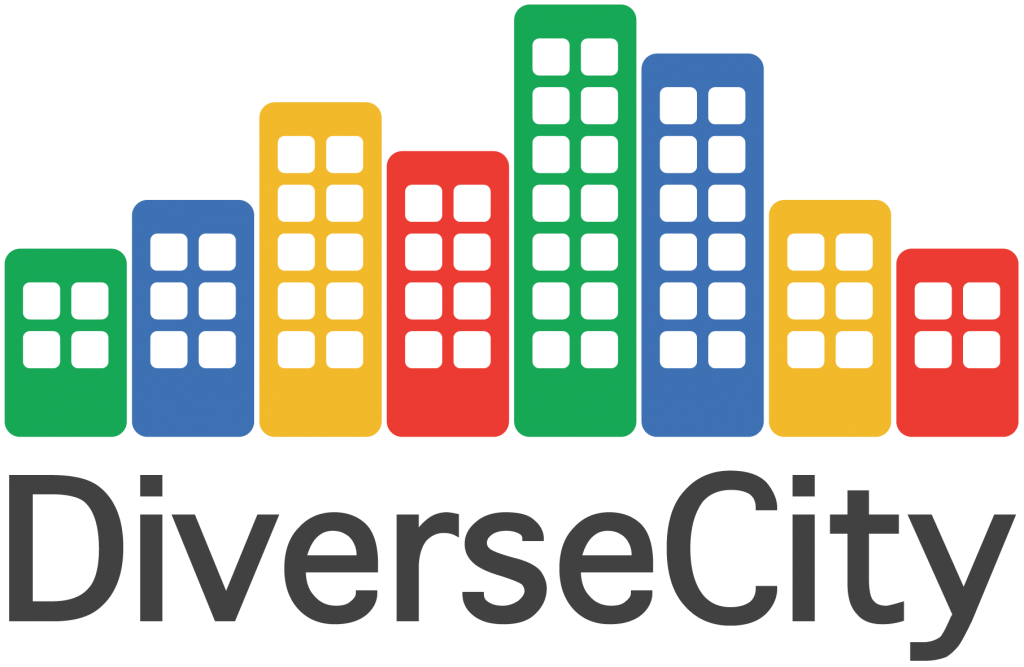 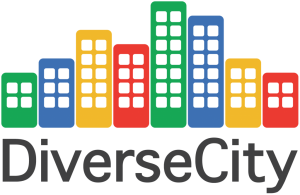 DiverseCity is launching the first-ever, long overdue, mobile platform to tackle the subjects of DEI and all other social prejudices. DiverseCity’s patent-pending technology is focused on creating a safe, educational environment for any type of institution, company, or organization. Using the latest in engagement techniques, DiverseCity is revolutionary in its ability to stimulate long-term, sustainable change. Instead of legacy techniques such as corporate “checkboxes” or one-week workshops, DiverseCity offers an ongoing culturally conscious system to ensure that the topics remain a focal point for as long as the app is in use.

DiverseCity is on the forefront of introducing behavioral modification techniques while leveraging mobile technology to deliver and foster the necessary content, and gamification mechanics to reach our overall mission. CEO and Founder of DiverseCity, Jahmad Canley explains the impact of DiverseCity as, “One of the missing links to true transformation on the topics of Justice, Equity, Diversity, and Inclusion of all kind. In my time working in this important field, I have learned that people first need knowledge/education and then a community to discuss and practice what they have learned. DiverseCity provides both.”

You can learn more about DiverseCity here:

When it comes to diversity, equity and inclusion, two of the most frequent questions I am asked are:

I decided to present on these very topics as the keynote speaker during the Chesapeake Human Resources Association James W. Rouse Excellence in Diversity Awards event.  I will outline just a few key ideas I shared – questions for organizations to consider:

Who on the executive team is going to speak up and “champion” these efforts?  While it would ideally be the president/CEO, it may be someone who has the president’s/CEO’s ear.  Having a champion on the executive team allows DEI efforts to move forward on a variety of levels.  Whether it’s helping to communicate the value of DEI among other leaders and board members, accessing budgetary support, and/or supporting DEI programs and other initiatives, the executive champion will serve as a valuable ally to this work.

While I brought up several other considerations about how organizations can embark on their diversity journeys, I emphasized that sustainability is about strategy.  DEI must be embedded into the fabric of the organization, ideally through its strategic plan.  Embedding DEI efforts as part of an organization’s strategic plan ensures that DEI is a priority for the organization overall.  It does not allow anyone to take the work lightly and forget about its value. 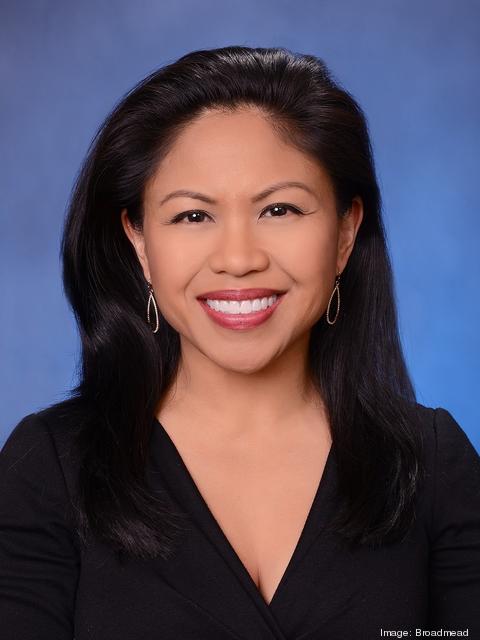 We are proud of Jennifer Maraña and her achievement of being recognized alongside other change agents doing invaluable diversity, equity, and inclusion work. Congratulations to all awardees of the 2020 Baltimore Business Journal Leaders in Diversity Award.

More information can be found here: 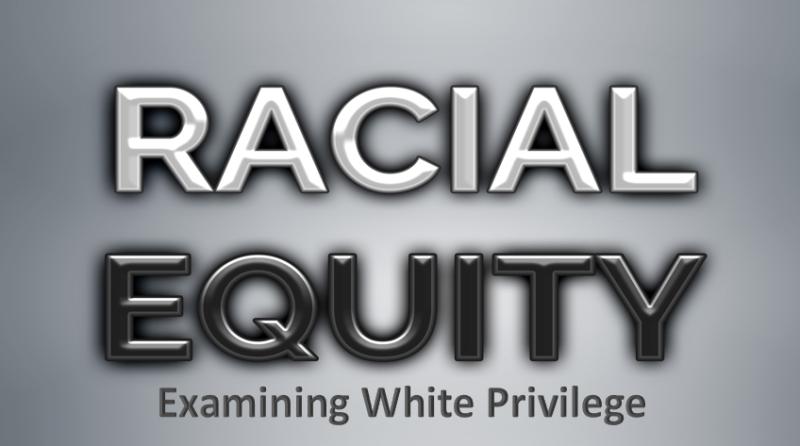 We are excited to announce this great opportunity! Have you desired to learn more about what you can do to disrupt racism? Have you been wanting a space to ask questions and learn tools for this work?

This course will examine white privilege and provide opportunities to explore and practice how to use privilege as an ally and accomplice to help dismantle racism and systems of oppression. This is a safe and brave space with a small group of peers to receive coaching and tools on this topic and is led by International Senior DEI Consultant, Noah Prince. 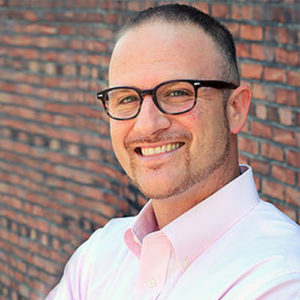 Please share this opportunity as we are currently offering a discount during COVID. Learn more and register here: 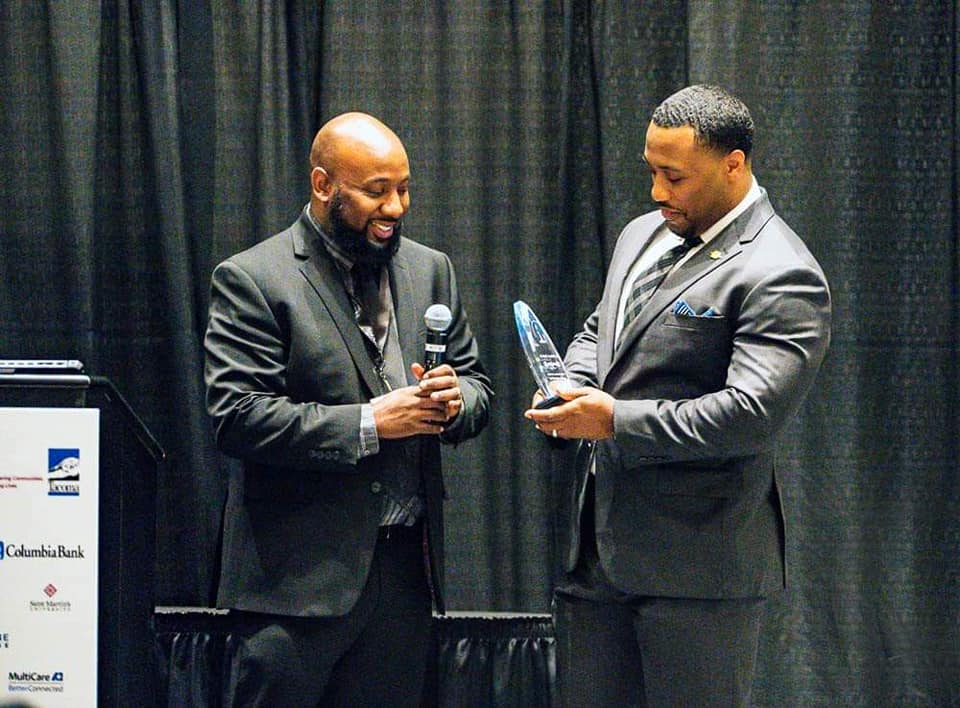 We have just launched the first Black Male Academic Achievement Conference in Tacoma.

The conference was inspiring and impactful!

Events like this help uplift our community and move us in the right direction.

The conference gave us a chance to spend time learning from and networking with men that look like ourselves.

We were able to hear the success stories (and struggles) of men who’ve overcome unimaginable obstacles and unfair challenges to become purpose-driven leaders, husband and fathers.

It was such an honor bringing us all together and a big thank you to the men that spoke and attended for being open, vulnerable and willing to embrace their struggles on the way to success.

We have a long way to go to achieve equity and justice, but this week was a great reminder that when we work together, we can achieve anything. 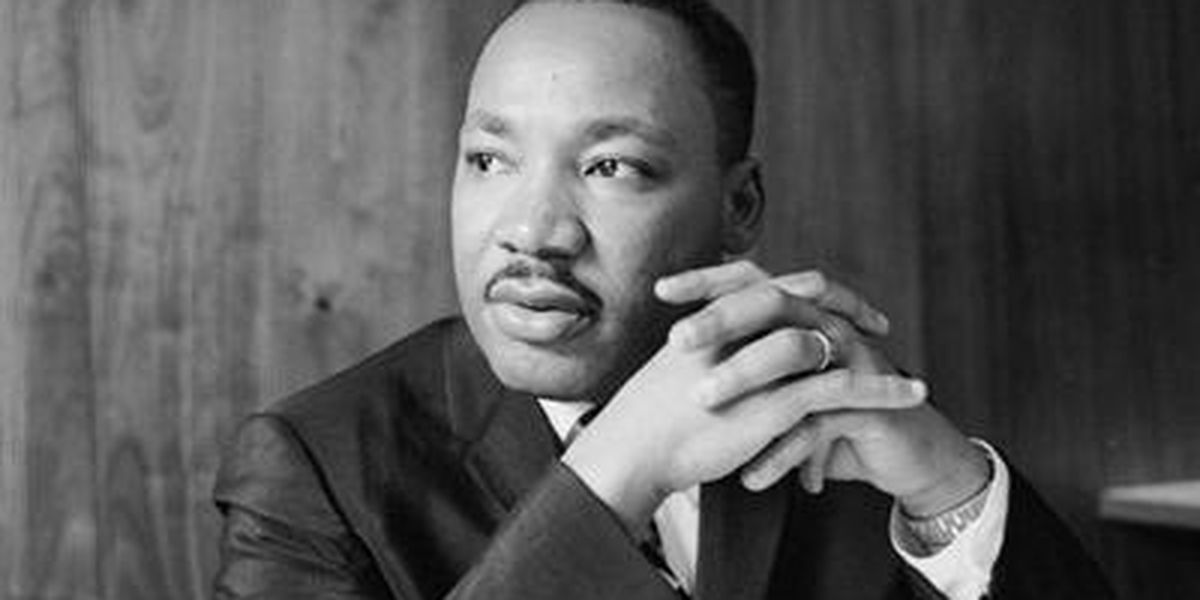 Over the past several years, I have developed a conflicting relationship with the MLK Holiday. My conflict is not with the holiday itself, but with the way many of us “celebrate” it.

I actually elected not to speak at any MLK assemblies or celebrations this year. It was a difficult decision after receiving so many requests.

I wasn’t quite sure what was going on with me.

I love Dr. King and all that he did for us, but why was I feeling so conflicted?

Finally, after some reflection, I realized that I feel that in many ways, the day has lost its true meaning, or at the very least, failed to live to the potential of what it could be.

So in a sense, here is my MLK speech on 5 ways, I believe we are missing the mark in truly remembering the life that was stolen for freedom and justice and how I believe we can move forward in a more intentional way. 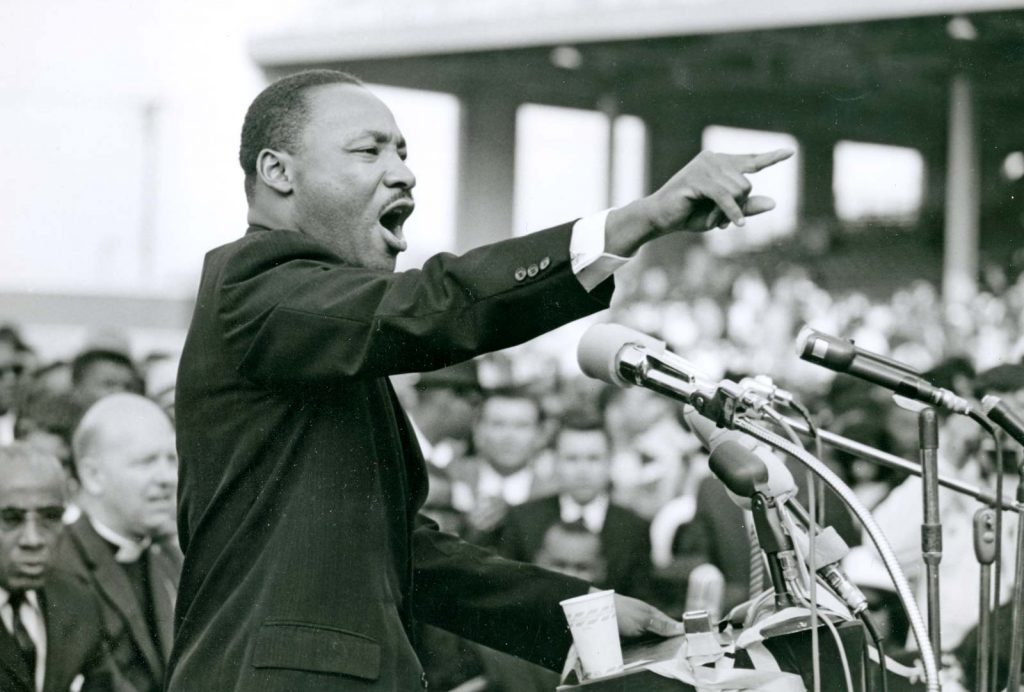 1) We celebrate the words over the work

Dr. King was clearly a gifted orator, but when we focus more on what he said than what he did we reduce him down to a great inspirational speaker.

Who wouldn’t want to celebrate the man who peacefully declared his dream for all people to hold hands and be equal? It is the “safer” part of his persona, the more dignified part.

What we don’t like to talk about or remember is Dr. King the radical, law-breaking, community organizer.

The man who was considered a public enemy. The man who continually put himself, his family, and others in harm’s way to fight for what he believed to be a cause worth dying for.

Even in the way we discuss his death, it is rare that people use the word murder. He was murdered for his life’s work of striving to bring justice, equality, and dignity to Black people.

2) We focus on the outcome over the goal and the work.

The Civil Rights Bill is an outcome we celebrate, but it was not the end goal. The end goal was freedom, justice, equality.

We sometimes forget the tireless work of Dr. King and those who stood with him that made all of this happen.

So what was the work?

To sum it up in one word, it was courage. The work was fighting injustices, something that we still see every day.

Equality is something that has not been reached.

The work was speaking truth to power. The work was being hated on by some whom you were trying to help.

The work was at times wondering if it would ever truly happen and even infused with doubt but also overcoming it.

The work was changing hearts and minds. We still have a lot of work to do, and the work is not always pleasant.

It is dirty, it is sometimes confrontational, just like it was in Dr. King’s day, but the work is still so necessary.

3) We have become passive in how we “remember”

We are celebrating a man whose life was dedicated to action, and yet we have become passive in how we celebrate it.

I once learned that the word “remember” has a different translation in Hebrew than it does in our English language.

In Hebrew, “remember” is derived from the word Zakar, which means to take action.

To employ your hands, feet, and lips into the action that remembrance requires. It’s more than just remembering with the mind.

As we set aside this day to “remember” Dr. King, his life, his legacy we should be doing so with our hands, feet, and lips in action.

4) We have allowed ourselves to become satisfied with awards

First, I want to honor the work of all those who are out there every day working towards equity and justice.

I appreciate you more than I can ever state.

I also believe that awards are slowing us down. The great prize is given at the end of the race but we do need encouragement along the way.

We sometimes sit at luncheons with 300 people honoring 5 individuals who have done great work.

What if we moved that same 305 into a community service project all working together.

Let’s remember that civil rights activists didn’t sit around handing each other awards for great work.

They encouraged each other through phone calls, head nods, messages and more.

They understood that there was no time to sit around and have award banquets for the work because the work itself was too urgent.

It was too urgent then, and my people, the work is still as urgent today as it’s ever been.

We fill auditoriums with songs and dances celebrating diversity as if the dream has been realized.

We listen to great speakers inspire us with stories and challenges, and then…we go home.

And it is only 10%, or less, of people who even spend the day attending these things; while the other 90% enjoy a day off to do absolutely nothing or just carry on with life as usual

Do not be pacified with these things. The dream has not yet been realized

So, what can we do to enhance the way we celebrate Martin Luther King Jr. Day?

What if instead of just giving people the day off, businesses stay closed to business as usual, but only pay their employees to participate in Diversity, Equity, and Inclusion training?

Or what if we paid employees to participate in community service work that leads to leveling the playing field of justice and equity?

This would mean only receiving credit for things that impact injustice for people and would eliminate cleaning parks or planting trees.

Planting trees is a great and needed thing for our environment and they are things that can be done to celebrate Arbor day.

Remember that everyone had a role to play and so can we. Not everyone was Dr. King but some

Think of what you can do and then commit to doing it.

We can choose to “remember” Dr. King much differently in the future than how we have in years of late.

I personally have decided to donate my time today to work with an International organization around the topic of undoing systems of oppression.

I’m committed and I believe you are too.

Let’s continue to move onward and upward towards the light and remember “Everybody can be great because anybody can serve.” – MLK

Potential Unleashed is a business coaching company specializing in providing solutions to companies, teams, and individuals of every description through improved performance and increased human effectiveness.